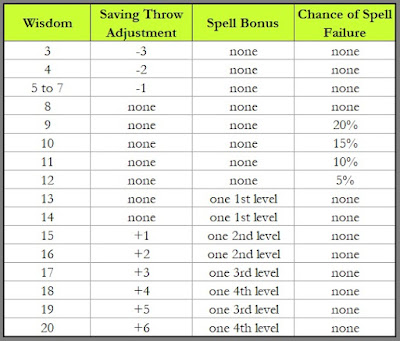 An ability stat, the measure of the character’s ability to discern the best course of action according to their common sense, insight, education and unbiased judgement. Characters with a high wisdom tend to be more virtuous than other persons, with a capacity of judging rightly the means and ends of things.

Wisdom affects the saving throws of characters, so that they are either vulnerable or resistant to magical attacks related to fascinate, charm, fear, hypnosis, illusion, mental control, possession, suggestion and other like powers. The bonus is given on the table shown.

Wisdom also grants additional spells to clerics and druids. This spell gain is cumulative, so that a character with a wisdom of 14 would gain two 1st level spells, while a character with a 17 wisdom would gain a 3rd level, two 2nd level and two 1st level spells altogether. These spells are not gained until the caster reaches an experience level at which the spell level indicated can be used. 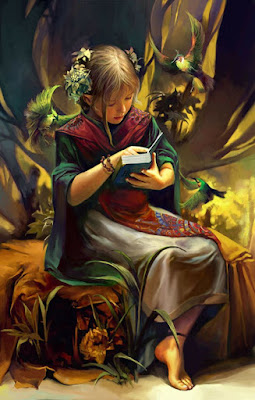 If a cleric or druid has only barely sufficient wisdom to become a member of that class, equal to 12 wisdom or less, there is a small chance of spell failure. This is rolled at the moment a spell is discharged; if a percentage roll is less than the chance of failure, the spell has no effect. It can be relearned, of course.